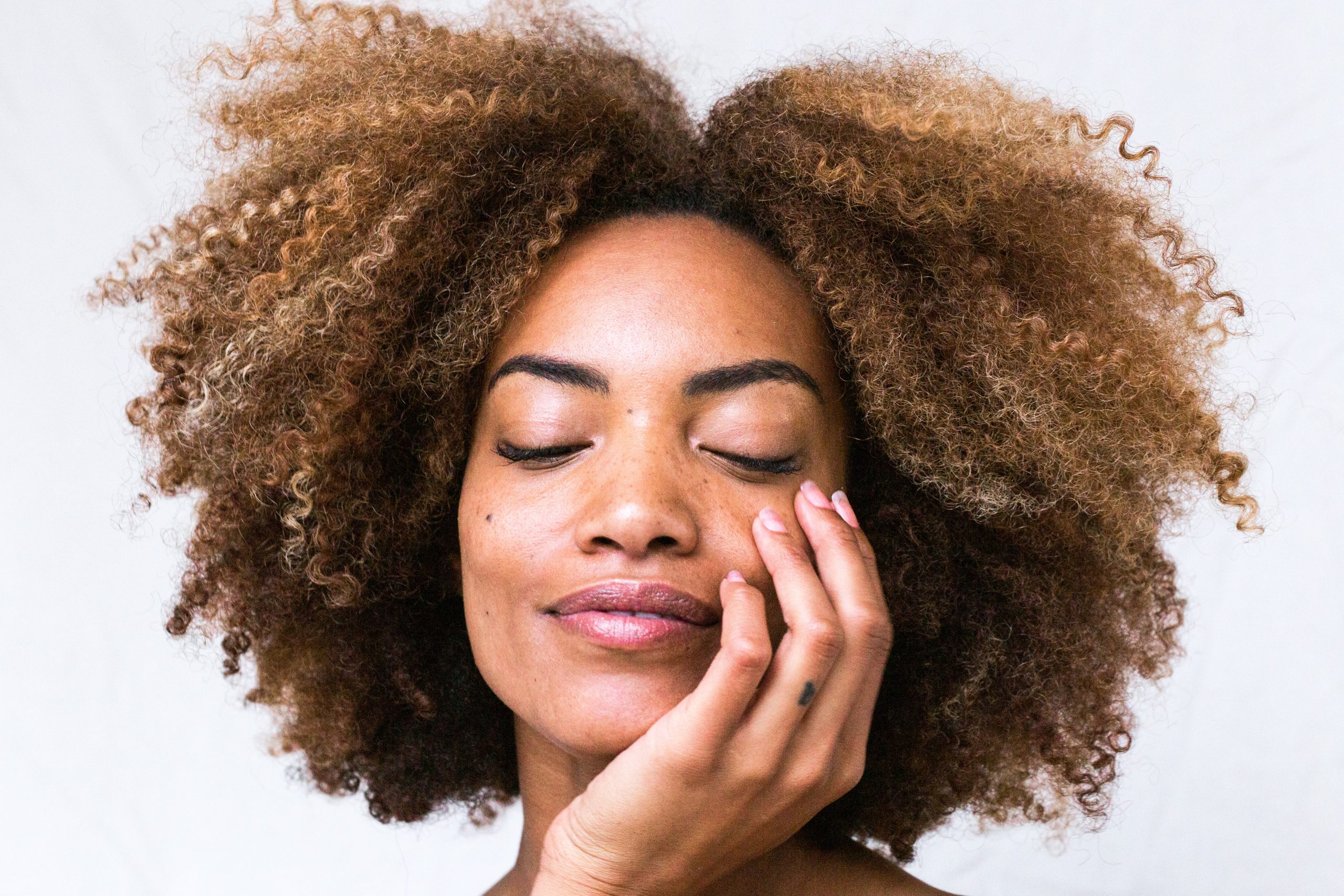 Since March 2020, most of us have been glued to our screens more than ever. Working from home, using Zoom for meetings with colleagues, contacting friends and family via FaceTime. It all adds up to keep us attached to our screens for a tremendous amount of each day.

Our laptops, tablets, phones and even our LED light bulbs are all additional sources of blue light prevalent in our everyday lives, and staying indoors and living online isn’t exactly reducing our exposure to it.

But you’ve probably already heard all about the perils of blue light and how it affects your sleep and your eyesight.

Actually, it doesn’t stop there. Though there’s less science on the topic than perhaps there should be, most who have studied its effects will agree that there are dangers to blue light exposure, including damage to your skin. To know how to avoid such dangers, it’s important to first understand what it is.

What is blue light? 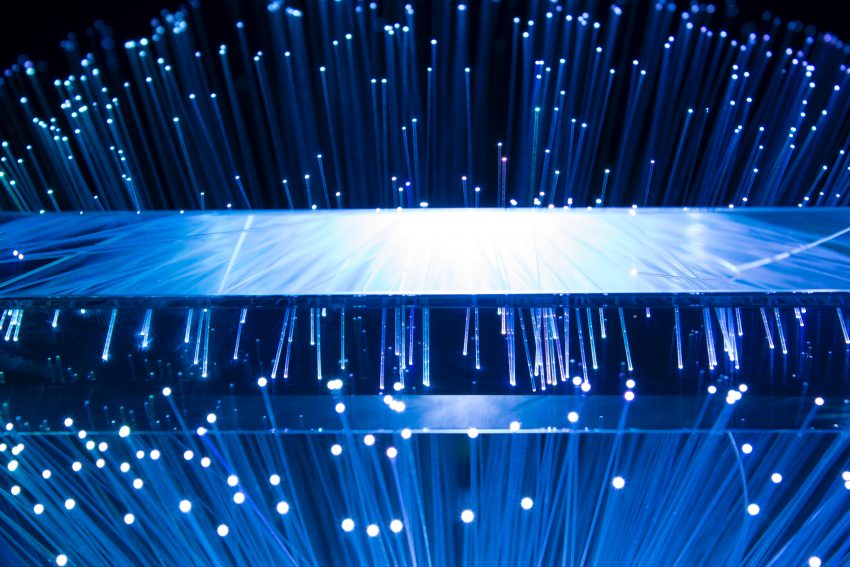 High-energy visible (HEV) light, more commonly known as blue light, is a minor component of ordinary white light. That is, the light that comes from the sun, from most light sources and of course, our computer and device screens.

Blue light differs from ultraviolet (UV) light, which is often purported to be the most dangerous type of light, though they can often come from the same source. The reason we’re so aware of blue light as a society, is that blue light is an energetic visible light. Far more energetic than other types, in fact.

As such, it can have more of a biological effect on us – particularly the parts of our bodies that most frequently come into contact with it. The eyes, and the skin (most notably the face).

Proximity is a factor with blue light exposure, though. You’ll come into contact with less blue light from your computer screen than from your phone, as it tends to be further away. It also follows that you’ll get less from a television than you will from your laptop. Again, because we take distance into account.

How does blue light affect me? 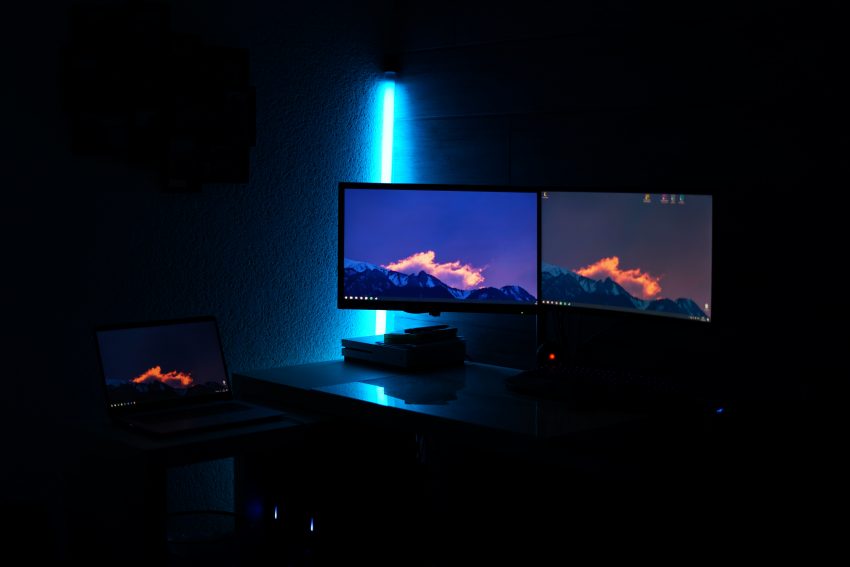 The most commonly reported danger of exposure to blue light is eye strain. Blue light can cause damage to the retina of your eye and the inner lining at the back of our eye, which can lead to degeneration and sometimes even loss of vision.

But it’s not just your eyes that blue light affects.

Exposure to blue light can cause your skin to age prematurely by causing inflammation and unstable oxygen molecules (free radicals) when the flavin in our skin absorbs blue light. The light eventually breaks down the healthy collagen in our skin, and the result of this is sun damage, age spots, sagging skin, wrinkles and occasionally even cancer.

For those with darker skin tones, this can be even more of a problem. Studies have shown blue light causes hyperpigmentation in medium to darker-skinned people, where it has little effect on those with lighter skin.

Some studies have shown that blue light from the sun penetrates the skin far deeper than UV rays do. Which isn’t ideal when we consider how much more time we’ve spent as a nation in front of screens this last year. But the research is still limited, and experts have conducted much of the work on blue light with natural sunlight, rather than the artificial light we’re exposing ourselves to.

Is it all bad?

Blue light is actually an important necessity for the human body. It helps us to regulate a circadian rhythm, which is our natural alarm clock. But unfortunately, that means exposing ourselves to more blue light late at night will disrupt our sleep cycles, so we struggle to fall asleep and feel more tired during the day.

Blue light LED therapy can also treat acne and inflammation, help with precancerous lesions, improve mood and even boost memory. So it’s not something we want to get rid of altogether, just something to take into consideration when we turn to our phone or another screen for entertainment.

How can I guard against it? 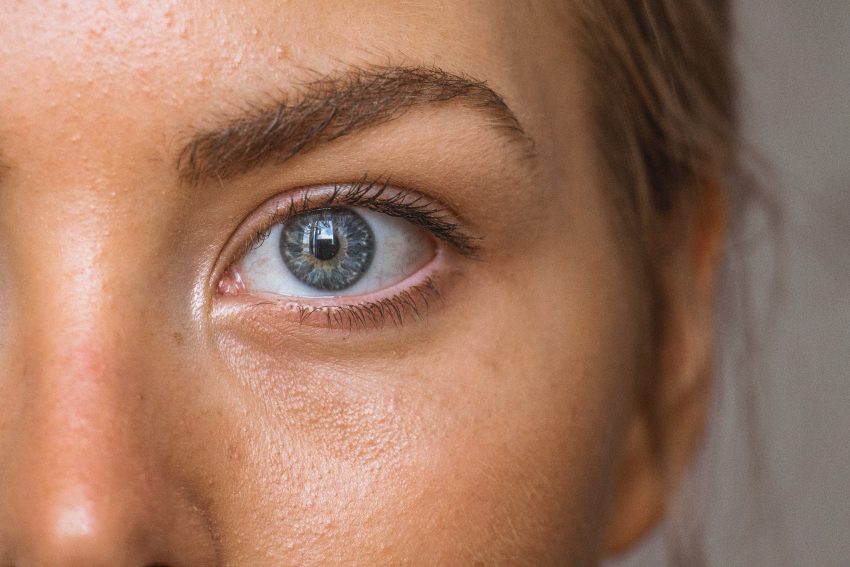 The best blue light blocker in the world is to walk away from the screen.

Limiting the time we spend on devices, on the computer or watching television can make more of a difference than most other steps combined, but we understand that it isn’t always the easiest thing to do. Neither is it particularly helpful in a time when work meetings and much of our lives are conducted online.

If you must spend time with a screen, then try a safeguard. Many smartphones have a feature that reduces their output of blue light, which can be set to a timer to ensure you’re not being exposed to as much in the evening.

There are also screen covers that can block blue light, and light filtering glasses to protect your eyes from strain and fatigue. Or perhaps you could try swapping your LED light bulbs for something with less blue light in them.

As for your skin, there are steps you can take to prevent further damage from blue light and to rectify some of the problems it causes. Every day there are more products available specifically created to protect the skin from blue light, but an excellent first choice is an SPF.

Sunscreens often contain zinc oxide, iron oxide and titanium dioxide, which can help to protect your skin. Opt for face serums and creams that contain antioxidants, cacao or marine algae too, as studies have found these to be helpful.

Antioxidants might not be the be-all and end-all, though. The science is still in the early stages, but there have been plenty of experiments that have shown positive effects from antioxidants on cultured cells. Of course, that’s not the same as real human skin, but it’s a start.

Try products with vitamin C or vitamin E for a real boost, as the two combined can help to fight the free radicals produced when your skin is exposed to blue light.

Another option is an alpha-lipoic acid. Though not designed to protect the skin from blue light, instead it activates the natural defences in your body, by convincing your skin that there’s oxidative stress. Since the unstable oxygen molecules created in our skin by blue light cause many of the premature aging problems we see, this could work well to help defend yourself against it.

At Cambridge Laser Clinic, we can also offer several treatments to help with problems such as pigmentation and fine lines and wrinkles that can help to undo the damage from blue light.

All in all, as a nation it would be irresponsible not to take action against the amount of blue light we inadvertently expose ourselves to. However, if we’re spending more time indoors, we should remember that much of our exposure comes from sunlight, and many of us are seeing less of that than ever.